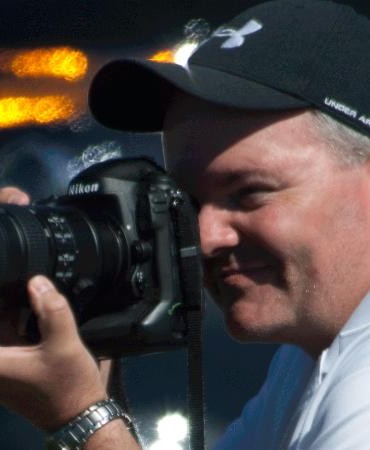 Tony knows the power of a child’s imagination (he was five years old, once) and when he was little, he spent time alternately dreaming about becoming an astronaut, a lawyer, an airline pilot or a doctor.

His artistic skills allowed him to draw fantastic landscapes filled with complex exploration machines, and his vivid imagination gave him the ability to invent incredible stories.

Tony honed his filmmaking and writing skills at several of the world’s largest advertising agencies, working on radio and television commercials with famous actors and actresses.

Now, when he’s not having fun making movies with children at Lights! Camera! Birthday!, Tony’s insatiable curiosity takes he and his family on long road trips to discover new places and new stories, and his humorous insights and interesting perspectives keep his wife and children in stitches.

Tony writes, directs and edits most of the movies that are filmed at Lights! Camera! Birthday! Tony and his family are members of Divine Providence Catholic Church, and he is Virtus-trained by the Archdiocese of Chicago. You can learn more about how Virtus helps protect young people at Virtus.org.